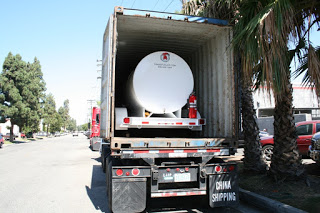 We are very pleased to announce that TransFueler has entered into an exclusive distribution agreement with Tallamond Inc.

TransFueler, by Quality Fuel Trailer and Tank, Inc., is an industry leader in mobile fuel trailers and refueling equipment. Tallamond Inc. is a significant dealer of aerospace equipment and parts in China.

TransFueler refueling equipment will now be sold throughout China by Tallamond’s eight locations. Tallamond’s extensive network of business relationships in China will bring substantial opportunities of growth for both companies.

Initially, Tallamond will focus marketing & sales efforts in the commercial and general aviation markets. The People’s Republic of China is in the beginning stages of a multi-billion general aviation expansion program. Hundreds of new airports are planned, or in construction.

Tallamond will also be selling to the construction sector. Fueling heavy equipment & generators is a key TransFueler market. Every airport project will need thousands of gallons of fuel for the associated construction equipment. Rather than buying a large fuel truck, a TransFueler accomplishes the same job at a third of the cost, or less.

China is a magnificent country; growing rapidly, and on the verge of massive opportunity. As a proud American company, we are very excited by this opportunity to provide the Chinese market with top quality equipment.

We believe that the Chinese will be equally interested in procuring superb American made products.